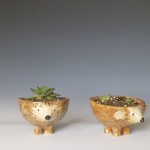 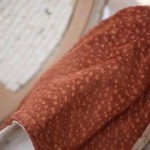 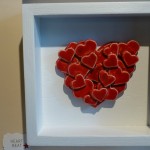 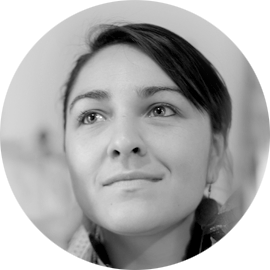 n and raised in the longest and thinnest country in the world, Chile. She lived there for 25 years, and her roots are the inspiration for her work.  Montse (or Mono, as her closest friends call her) moved to Taos, New Mexico following her love, Nathaniel, on an adventure she looks forward to sharing with her grandchildren (she does not currently have kids, but who knows . . .)

She is a Chemical Engineer by profession; however, life is giving her the opportunity to explore the world from different views through her business, CHA CHA. The name stands for Contemporary Handmade Art. Now thanks to Ennui Gallery, CHA CHA is shinning, and finding new projects to conquer. The main focus of CHA CHA is to create original (and affordable) accessories and jewelry for every taste and style. CHA CHA also sells affordable clothing brought from the other side of the Andes, handmade using the wool of the autochthonous animals of the region.

During 2014 Montse started exploring a new artistic media: clay. Through clay she is discovering artistic abilities that she did not know that she had. Mono and her Chilean business partner Kristel  Mckanna are also currently developing a natural skin care business,  Nabis Naturals.  Nabis is now emerging in northern New Mexico, and hopefully will soon expand to Chile.

Montse loves traveling, watching movies (80’s classics and scary movies especially), dancing (80’s music is her favorite), wine (preferably from Chile), chocolate, cheese and now green chile (she does not know how she could live without it). In the future she plans to get a Masters degree in Environmental Issues, learn new languages, and consolidate her businesses.

Living in Taos has been a journey in the most diverse sense of the word; however, being around such an amazing group of talented artists and friends (you know who she’s talking about) has changed her perspective on life. Here in the enchanted land of Taos, this Chilean has become a machine of new ideas and projects, with creativity running high in her blood.

She is really thankful to her co-workers and friends for the inspiration and opportunity to share our work by giving life to this beautiful gallery/gift shop/cool place called Ennui.